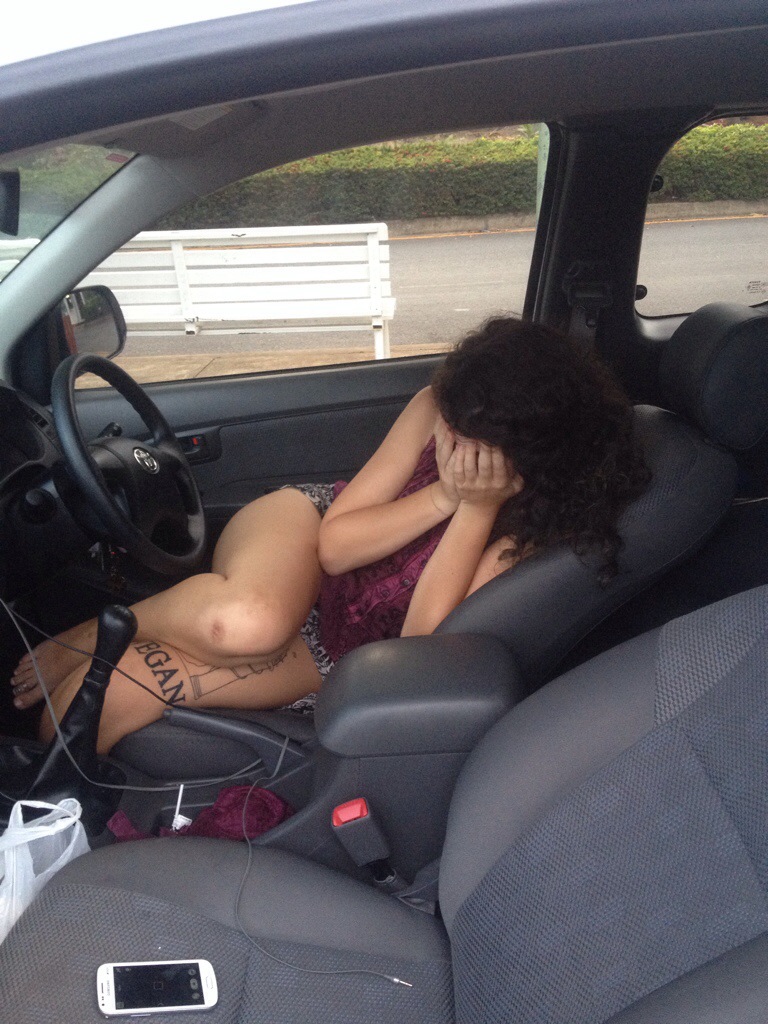 2.30am. As we approached a crossroads with our right of way, flashing traffic lights greeted us.

And so did a roaring, timber lorry.

Gasps. Screeching tyres scarred the road. And we all went through entirely different shocks, different reactions.

A silence. The lorry driver never even stopped.

Nervous laughter. That thing that happens where you recount to each other that shared experience of what just happened over and over again. “What were you thinking? What if we had been going a split second faster?” I was thrown back in time, 4 years ago. To a previous emergency stop and feeling of horror. Only this time it’s magnified. And this time I have a long way to drive yet.

I’m nervously awaiting the arrival of our hire car. I’ve already worked today, and I’m now sat outside and my leg is bobbing up and down with nervousness. Our first hire car already fell through this morning. This one needs to come. Two huge trucks pull up, and one guy hops out of each with a grin and paperwork. The white ones mine? Sweeeeeeet! Everything okay. Yes, you can take my credit card. No, wait, what, you need to take a £400 deposit? Which I don’t have. Which none of us have.

30 minutes calling, asking for help, and sitting with my head in my hands.

“Just this once we can do this, for you. Special, for you.”

The deposit’s paid in cash. Time to go. I stall the truck several times before even leaving our drive. This huge, white monstrosity is twice as big as the little, teal Corsa 17 year old Rachel drove around. Passenger pick-ups. The Seatran ferries over to the mainland are fully booked. “Drive 5km to Raja”. We just make it onto the ferry. The sunset across the ocean is so, so, so beautiful. A jittery, peaceful, excitement flutters in my chest as I take photo, after photo.

The truck’s so large, Thai roads so dangerous, that Gee doesn’t want to drive. Something I’d been anticipating, and accepting of. Empty, unpredictable, apocolypse-creepy roads. Unnecessary cones. “What the fuck” constantly echoes around the truck in varying levels of my volume and disbelief. A herd of goats stand smack bang in the centre of one empty junction. We drive through two, yes two, different, heavy swarms of bats.

Earlier I’d mentioned that I’d never hit an animal in my years of driving. I hit two.

“Sorry, your stamps are wrong. There’s a problem.” But they’re not speaking to Alex, our supposed biggest obstacle of the trip.
Gee waits for hours; there are tears and doe eyes. She takes heavy steps across the border bridge 8,000 baht lighter.

The Consulate’s closed already. When I rub my skin, a whiter shade appears. I can’t tell the difference between my own skin and the grime that’s using my body as its new host. Three flights of stairs into our dorm and we find that there’s one shower between more than 32 beds. We’re grateful: the hostel isn’t full, and the brown, matted mattresses are enough. Visa rejection plays on our minds and we begin planning trips back to England. “Call Herbert the Visa Guy” tells Latrisha he’s not sure she’ll get into Vietnam with handcuffs on and I imagine calling my parents for another bail out.

Fast-forward 2 hours and we’re eating in a ‘Vegetarian’ restaurant (that serves meat). Our new friend, Nik, rusty, white car driver, construction company CEO and self-proclaimed Bugatti owner, has given us a lift and refused our offer to sit with us. -“We’re just here for the evening”. – Instead, he watches on from a separate table with a glass of water. -“The beach sounds lovely, but we need to sleep”. – In the 30 meter journey from where he parked to where we were stood, he has managed to drive into a barrier and partially rip off his bumper.

I’m drunk, I’m so tired. The evening, night and morning are a blank.

I’ll never willingly visit Kota Bharu again, but if anything was to pull me back it would be Muhibar, a Chinese, veggie buffet that I’ve now visited twice. The food is happiness and joy, and soothes our pre-visa pick-up nerves. Our unecessary nerves. Our visas are given. We have our visas. All of us. We don’t need to make any emergency phone calls.

As we speed away from Immigration behind us I hit the steering wheel along with the drum-beat of my favourite playlist, giddy relief and laughter seeps out the truck’s windows. We’ll miss the ferry tonight but we don’t care. We really don’t care. We got back.
On the way home, our suspicious truck gets us stopped at every army-police stop, and each time the officers catch sight of us it brings grins and laughter all around. We’ve got time, so we find a local hangout, one of the most interesting waterfalls I’ve ever seen, it’s a spectacle to us and we’re a spectacle for the locals.

We switch from main road to coast road, accidentally ending up on an overgrown, broken road. 6-point turn –“I think we’re going the right way…”-we end up in a traffic mob. Is it a riot? Protest? Fighting? We barely move. Somebody throws something. We shouldn’t have left the main road.

It’s a helmet check. Calm down, everybody.

Latrisha gets free dinner at a night-market; we get our photo taken for publicity. The kindness of local communities lightens us before the sentence “gay men aren’t real men” leads me to seriously question how ethical it would be for me to leave a Ukrainian Man stranded on a Thai road so late at night. I’m sorely tempted to kick him out, and Latrisha rages. The argument goes in circles; I take a wrong turn again and the music plays full blast. Arguments turn into alien conspiracy theories, I tune it out but Gee gets bombarded with evidence of Obama’s involvement in the alien employment market.

2.30am leads me once again think about who would care if I wasn’t around anymore. And there are some people who I can’t hold onto any longer. I need to finally accept that they don’t give a fuck and that I was a 3 year friendship of convenience, obligation, or whatever.

10am, and as I hand the rental keys back and let myself into my house, I feel over-sensitive and realise tomorrow I’m probably in line for a demotion. I care so much, and then cannot even describe how much I don’t care.